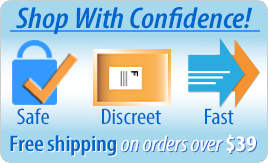 Not sure what that powder is?
Wondering what was in the bag you found?
Do you think it could be a drug?

Our drug detection test line allows you to determine whether a substance is ecstasy, marijuana, cocaine/crack, or heroin. These tests are simple and easy to use. You can test a substance that you find or you can test any flat surface that was touched by the drug or the person who used the drug.

Substance testing has been used by law enforcement and security agencies for many years and now is available for individuals to use at home, school or work. If you find a foreign or suspicious substance whether a powder, pill or even residue, you can test the substance to determine if it is an illegal drug.

You can detect the presence of trace amounts of drug residues left on surfaces, such as, door knobs, counter tops, light switches, steering wheels, phones, etc. In other words, you can drug test the place and not the person. If a place tests positive it does not necessarily mean the person used the drug, but they did come in contact with it.

Substance tests are based on the same science that is used by police departments in the field, but is conveniently packaged with test instructions for individuals. Within minutes you will have results in the privacy of your own home, school or workplace.

Substance tests are popular with parents, schools, clubs, landlords and workplaces that may suspect drug activity in a physical location.

Drug detection testing can be performed on any surface. If a person has handled or come in contact with the drug then the residue is on their hands or fingers and is transferred to the objects they touch. If the tested surface is positive for the drug, it does not mean the person used the drug, but that they did come in contact with the drug. This drug detection technology tests surfaces that may contain drug residue caused by someone or something that has been contaminated by touching or being touched by illicit drugs.

Substance tests are popular with:

Parents - testing a teen's phone, backpack, computer, clothing or car steering wheel if you suspect your teen is using or dealing drugs.  The only type of drug testing you can do without their knowledge.

Schools - testing lockers, keyboards, furnishings, back packs, and phones if you suspect a student is using or dealing drugs.

Test the school and not the student. Test areas where students congregate by swiping the door knobs, light switches, handles or other surface areas to see if drugs are being used there.  If drug activity is detected you can closely monitor the area and post signs that it is being tested for drugs.

Rental Property - landlords, boarding house or storage unit owners who are worried someone is using or dealing drugs on their rental property can test doorknobs or other surfaces.

Workplaces - worried or suspicious of a co-worker or employee, test their desk, phone or keyboard to see if they have been in contact with illegal substances.

Property - do you suspect an apartment or home has been used as a meth lab or some type of drug making lab?  You can test surfaces such as handles, countertops, curtain pulleys, window locks etc.  If drugs were manufactured in a home the drug residue builds up strongly next to or above where the drug was cooked, like vents or fans in the kitchen or bathroom.